Stretch film is a commonly used name for multi-layer elastic polyethylene film, manufactured with the use of the so-called “CAST” film extrusion technology. Linear low-density polyethylene (LLDPE) is the base material for manufacturing stretch film.

Thanks to modern production lines and state-of-the-art technology, as well as the use of raw materials supplied by recognized manufacturers, our film features very high quality.

Stretch film is used primarily for packing and protection of products, ranging from loads bundled on pallets to individual items of large overall dimensions. Due to its low thickness and high durability that guarantees the stability of the load, using stretch film is the most efficient way of wrapping products.

Stretch films manufactured by Mai Phuong can be divided into the following types:

Stretch film is used for packing and protection of products, ranging from loads bundled on pallets to individual items of large overall dimensions. It is earmarked for wrapping loads with the use of packing machines, various types of wrappers. 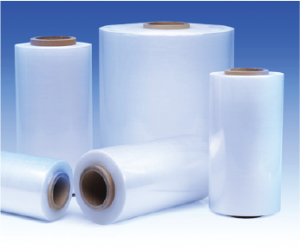 Designed for wrapping and protection of products with the use of wrapping machines, the thickness of the manufactured film amounts from 10 to 35 micrometers. Standard film width: 500 mm, it is possible to manufacture the film of another width in multiples of 250 mm.

The guaranteed stretch of Power film:

Stretch film is designed for wrapping and protection of products with the use of wrapping machines. 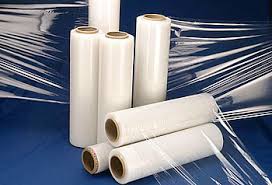 The guaranteed stretch of the standard film:

Intended for manual wrapping; the thickness of the manufactured film ranges from 10 to 40 micrometers and the width is 450 mm or 500 mm, the guaranteed stretch is 100%; the film is wound on automatic machinery equipped with devices controlling both the length and the weight of film wound on the roll.